Posted at 12:21h in Mpumalanga by Hugh Bland
Share 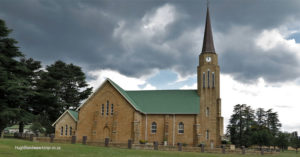 Carolina was originally an outspan started by Cornelius Coetzee in 1885 and named after his wife Carolina. The establishment of Carolina coincided with the gold rush centred around Barberton.

The little village was destroyed in 1900 in the Anglo Boer War of 1899 – 1902, and only the NGK Church survived the ravages of the war. The NGK, whose foundation stone was laid by General Piet Joubert in 1888, is still the focal point of this growing town. The town was excised from the farms Groenvlei and Goedehoop.

Caroline is on the tourist transit route but like most rural towns in SA has suffered the ravages of mismanagement. This is a pity given the towns heritage and its contribution by the Boers to the war effort.