Posted at 16:09h in Western Cape by Hugh Bland
Share 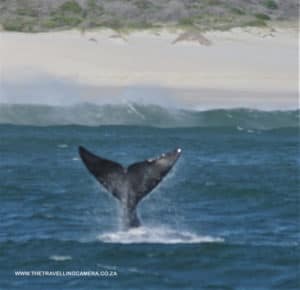 The whale Criers call will herald the sighting of the Southern Right Whales off the Hermanus Coast, which occurs between the months, July to November each year.

Whilst its possible to see these amazing mammals from the shore at Walkers Bay, it is a joy to go on one of the whale watching trips from the tranquil Hermanus harbour to see these giants close up. There is nothing more thrilling to see a Southern Right breaching a mere few metres from your boat.

The whales come to the area to mate and  breed before they head north to the warmer waters to calve between August and September each year.

Whaling was stopped in Durban, a major whaling station in the 1970’s and the International Whaling ban has seen these beautiful creatures growing in numbers and now they have become a major attraction. It is only the Japanese who continue to hunt the whale under the poor excuse of being for research.