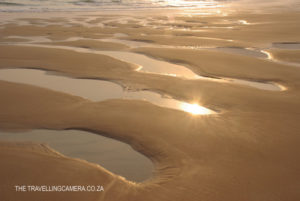 Inhambane lies about 33 kilometers off the Estrada Nacional 1 on the east of a large bay, and 473 kilometers north of Maputo (Lourenco Marques).

The town was the southernmost point reached by Arab traders, and during 1534, the Portugueses established a trading post. Many remains of the colonial period can be found, including the 220 year old Cathedral of Our Lady of the Conception and Palace of the Governor. In the old quarter is the mercado (market), and a little to the south is the ancient cemetery, all of which are depicted in this gallery.

Coconut palms are abundant in the surrounds of Inhambane as are cashew nuts.

Tourism is stating to pick up slowly and beautiful beaches can be found at Cape Inhambane, with its old lighthouse, and Tofo.