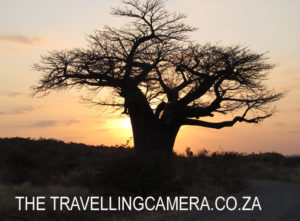 Mapungubwe was the capital of an ancient civilization that lived on the banks of the Limpopo River at its confluence with the Shashi River. This is now the corner of SA, Zimbabwe and Botswana.

It is believed the people lived here until about 1290AD, as evidenced by the excavations which can be seen on the guided heritage tour, and as explained in the, on site museum. It was in 1932 that the legendary Golden Rhino was found.

The importance of this site only became evident when it was rediscovered in the 1930’s,, and the site is now World Heritage site No: 1099 of 2002.

The site has about 200 other associated archaeological sites inhabited at different times. Over the course of the years the area covered by Mapungubwe was used as game and citrus farms, as a hunting area, mainly used by members of the Nationalist Government, and prior to that by Jan Smuts as a retreat. It was also a restricted military zone in the 1970’s and 1980’s, being on the border of Rhodesia and then Zimbabwe. Relics of the military presence remain to this day, including bunkers, and military  murals carved in the rocks overlooking the river.

Thankfully in recent years this heritage site has been converted into a National Park, with a museum, Leokwe Stone lodges, and tented camps on the banks of the Limpopo. There are outlooks over the Shashi, Limpopo confluence, and a substantial, tree top, level board walk to the banks of the Limpopo. Needless to say there are many interesting drives (some 4*4 only), where a wide variety of game can be seen.

It is however, the majestic landscapes, with the mighty baobabs, and colourful Mopani trees, that make this reserve special. The almighty Baobab, THE King, THE Queen, THE Prince, and THE Princess of trees that dominate with righteous, and spiritual arrogance.