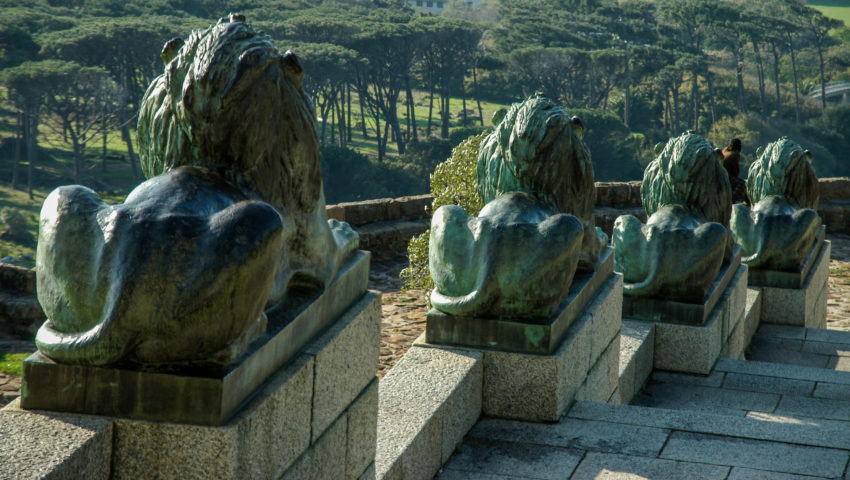 Cecil John Rhodes (1853 – 1902), a controversial individual in South Africa, was born in England, and came out to Natal, before moving up to the newly discovered diamond fields. In his short life he managed to accumulate significant wealth, and enter into politics, becoming the Prime Minister of the Cape Province. He also went on to found Rhodesia (now Zimbabwe).

Upon his early death he bequeathed most of his estate to the people of South Africa, and established the non racial Rhodes Scholarship to his alma mater, Oxford College in UK.
The site of the Rhodes Memorial formed part of his Estate, along with the grounds of UCT. The memorial is well worth a visit with its commanding views over the Cape hinterland, as is the memorial itself.